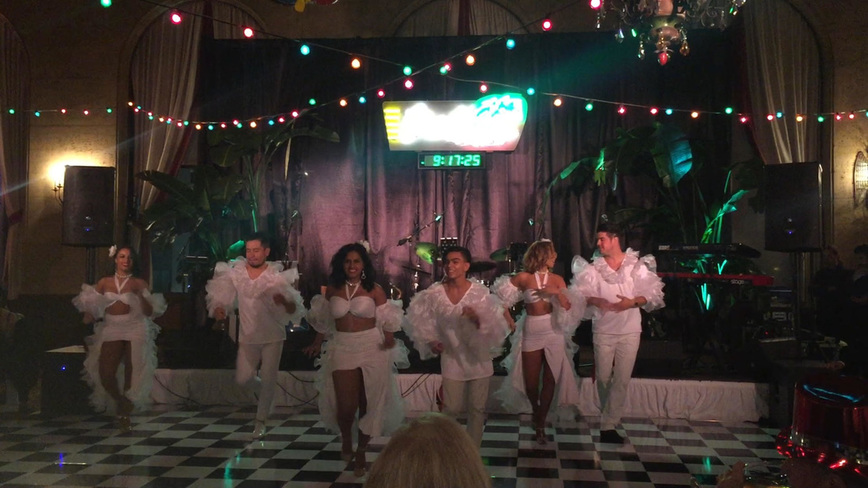 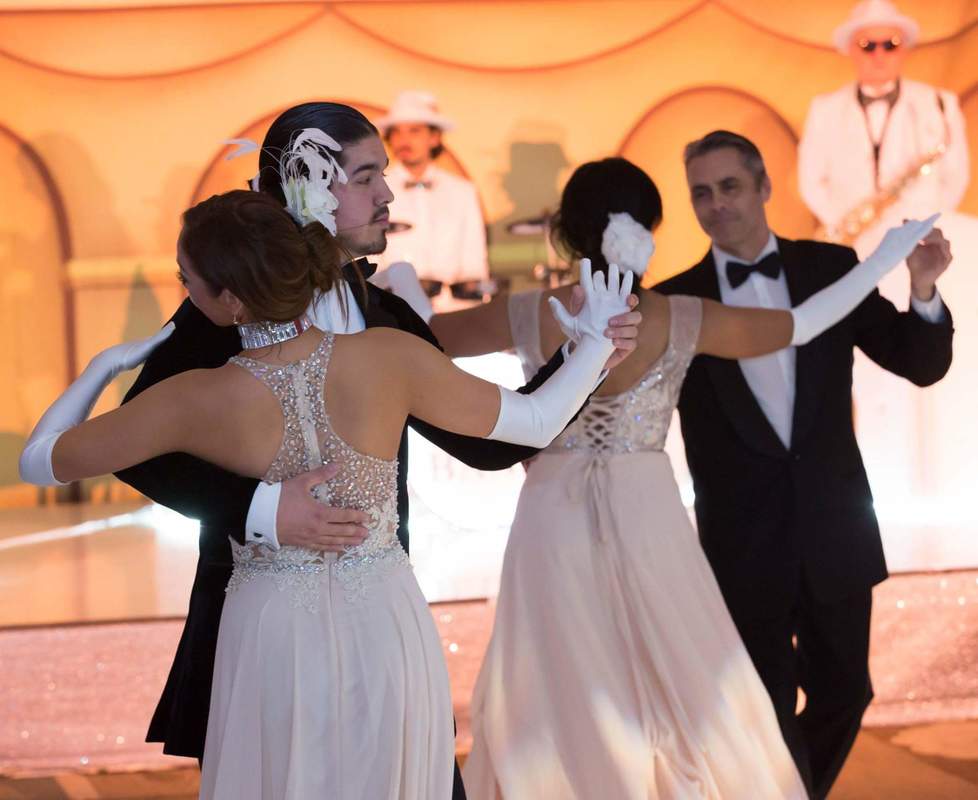 From the seductive Argentinian Tango, to the elegant Waltz, free-spirited Salsa and hip-shaking Cha Cha, give your event a Strictly Come Dancing theme with a selection of incredible  performers. 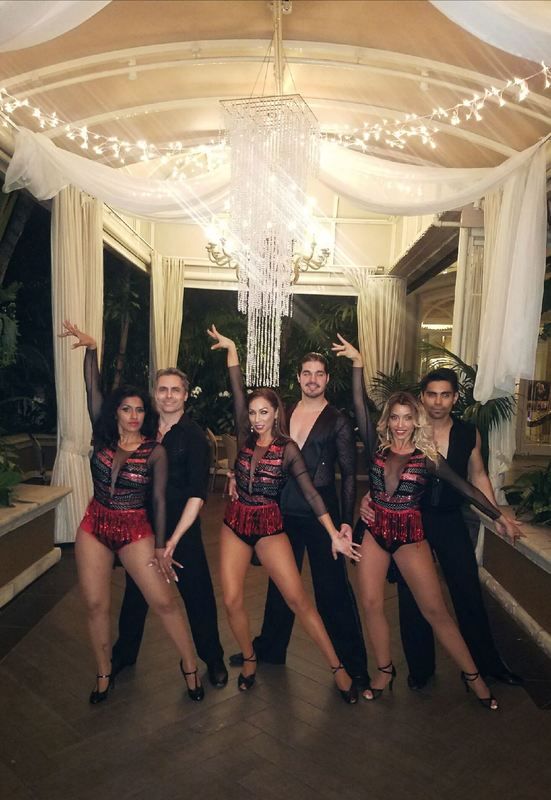 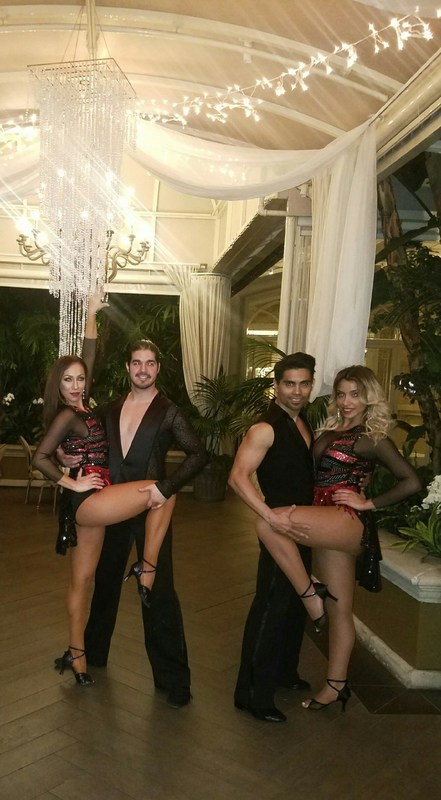 Waltz
The Waltz is an elegant dance which was born in the suburbs of Vienna and in the Alpine region of Austria. Waltzes were played in the ballrooms of the Hapsburg court as early as the seventeenth century and continue to be played around the world with the same elegance and grace.
Many of the familiar waltz tunes can be traced back to simple peasant yodeling melodies. The Weller-or turning dances- were danced by Austrian and Bavarian peasants even earlier than the seventeenth century.

Rumba
The Rumba is the spirit and soul of Latin American music and dance. The fascinating rhythms and bodily expressions make the Rumba one of the most popular and most energetic ballroom dances.

Foxtrot
The Foxtrot is considered to be the most significant development in all of ballroom dancing. The combination of quick and slow steps permits more flexibility and gives much greater dancing pleasure than the one-step and two-step more traditional ballroom dances.

Mambo
The wild exciting music and rhythmical body movements make the earthy Mambo irresistible. In the 1940's Americans became fascinated by Latin American rhythms. The original Mambo music, El Guardia Con El Toleto, had its beginning in 1944 as a Rumba with riff improvisation. The Mambo combined American Jazz with the Afro-Cuban beat, which resulted in a highly pleasurable and energetic dance style.

Tango
The Tango began in the West Indies and later found its way to Argentina where it was stylized by the Gauchos. It became the rage in 1921 after the silent screen star Rudolph Valentino brought this romantic dance to millions in "The Four Horsemen of the Apocalypse". More recently, it has been danced in movies such as True Lies and Scent of a Woman. Today, The Tango is considered to be the "dancer's dance" and becomes a favorite of all who learn it.

Merengue
The Merengue is the national dance of the Dominican Republic, and also to some extent, of Haiti, the neighbor sharing the island. Ideally suited to the small, crowded dance floors, it is a dance that is easy to learn and essentially a "fun" dance.

Cha Cha
Originally known as the Cha-Cha-Cha, the Cha Cha is an offshoot of the Mambo which became popular around 1954. In the slow Mambo tempo, there was a distinct sound in the music that people began dancing to, calling the step the "Triple" Mambo. Eventually it evolved into a separate dance, known today as the Cha Cha.

Bolero
The romantic Bolero is the slowest of the Latin dances. It combines controlled movement with dramatic expression of the music. The Bolero has the same Afro-Cuban roots as the Rumba and is thought to have originated from Cuban or Spanish folk dances such as Danzon and Beguine.

Argentine Tango
The Argentinean Tango originated in Argentina in the 19th century. It was danced in the backstreets of Buenos Aires, until it was prohibited by the church as it was proved to be a very romantic dance. It is one of the most beautiful and delicate of dances.

Every individual has their own special needs which is why we recommend private lessons.

Reasons why you should take Private Lessons:
1.  To improve your dancing by having an experienced teacher pay full attention to your needs, improve your technique and boost your confidence on the dance floor

2.  We can check your level of dancing and perfect amy previous knowledge so that you are ready for the next level of group classes. We will help with that difficult transition and fast track you when you feel you could move up a level.
3.  Learning a routine to perform at a private party or wedding.
4.  Convenience - A great way to learn for people that cannot take evening classes and/or anoption for people that work shifts.
5.  If you are already a dancer, in another style of dance, you should try a private lesson first as you might be able to move up to a higher level class instead of starting in the beginners.


If you would like to book a private class, please send us an email at   heart ofsamba@gmail.com and let us know:
1) Your time and dates preferences
3) Your contact phone number
​
Google,